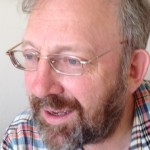 I’m writing a book democracy at the moment. The concept of legitimacy is the element I’m finding it hardest to get to grips with, so I thought I’d set out my dilemma and see if others can help me out.

Imagine that there’s some important national decision to be taken. It could be taken in at least three ways (or in some or all in combination):

Each of these approaches has different sources of legitimacy. The role of parliament has on its side longstanding custom and practice. A referendum has weight of numbers, although this depends on the size of the turnout and the closeness of the result. The BCCA model has the quality of its deliberation to back its recommendation. The quality of its discussion was reckoned to be better than that in the Canadian parliament. Its participants were also representative, in geographical and demographic terms, of the Canadian population as a whole.

All these sources of legitimacy are relevant to pretty much each approach. You might think that parliament was different, because MPs are elected. But how the citizens are chosen in 3. Is also relevant. It affects legitimacy, but not the same extent in different countries. We are used to random selection because of the jury system. China has no such tradition, so something like the BCCA held in China would have less legitimacy than the one held in Canada.

Here’s where I get stuck. It feels right that, if we are to reconsider our membership of the EU, it should be by referendum, and not either of the other two methods. But I’m not sure why. And I’m not sure I feel the same way about, say, the renewal of our Trident nuclear submarines. Why the difference? Is it because the EU is more important? Is it because the Trident decision involves more matters of fact, such as whether they actually act as a deterrent? Please send me a comment (below).