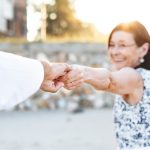 For years, governments have put off making a decision about the future of social care. At the same time, local authorities have been forced to cut back on their spending on this Cinderella service. Arguably, it was the unpopularity of their plan to get householders to pay for social care that setlost the Conservatives back so much at the last election. But now there is a glimmer of light. A citizens assembly , jointly commissioned by the House of Commons Health and Social Care Select Committee and by the Housing, Communities and Local Government Select Committee, has come up with some proposals that could break the deadlock. And following in their footsteps, Northern Ireland will has this autumn embarked on a parallel process to help determine the future of social care in the province .

A citizens’ assembly is a group of people who are brought together to discuss an issue or issues, and reach a conclusion about what they think should happen. Those who take part are chosen to reflect the wider population – in terms of demographics (e.g. age, gender, ethnicity, social class) and sometimes relevant attitudes (e.g. preferences for a small or large state).

Citizens’ assemblies give members of the public the time and opportunity to learn about and discuss a topic, before reaching conclusions. Assembly members are asked to make trade-offs and arrive at workable recommendations.

Talk Shop has built the citizens assembly proposals on funding social care into a new discussion format that we are now trialling with small groups of people across the country, an initiative funded by the Royal Society of Arts. This represents a new model of deliberative democracy where citizens assemblies develop policy proposals that are tested out by a diverse range of small local groups as part of a pre-legislative programme.

Ireland has been the trailblazer. The government established a citizens assembly to consider modernizing the constitution. The result was a proposal to hold referenda on two thorny issues that had been troubling Irish politics for years – abortion and gay marriage. The outcome was a thumbs up from the public for both propositions, and the government has stood by its promise to turn positive outcomes into legislation.